As we look toward exploring other worlds, and perhaps even bringing samples back to Earth for testing, astrobiologists have to wonder: could there be alien pathogens in those samples that will wreak havoc on our world?

When diseases like SARS, Mad Cow Disease and Monkeypox cross the species barrier and infect humans, they dominate news headlines. Just imagine, then, the reaction if potentially infectious pathogens were found in rock samples from Mars.

As we look toward exploring other worlds, and perhaps even bringing samples back to Earth for testing, astrobiologists have to wonder: could alien pathogens cross the "planet" barrier and wreak havoc on our world?

Even though there is no proof of bacterial or viral pathogens anywhere except Earth, there is already a worried advocacy group called the International Committee Against Martian Sample Return, and science fiction novels like "The Andromeda Strain" depict nightmare alien infection scenarios. The possibility of cross-planetary contamination has concerned NASA since the early days of the Apollo program, so, as a precaution, the astronauts were quarantined for three weeks after they left the moon.

Chris Chyba, who holds the Carl Sagan Chair for the Study of Life in the Universe at the SETI Institute, says there are two types of potential alien pathogens: toxic and infectious. Toxic pathogens act as a poison on other organisms. Infectious pathogens are viruses or bacteria that are passed between organisms, causing sickness.

Some viruses and microbes rely on specific biological systems in order to replicate and infect their host, so not all pathogens affect all organisms the same way. Chicken farmers, for instance, can remain untouched by a disease that decimates their flocks. It could be that a martian microbe would enter the human body, but is rendered harmless because it is incompatible with human physiology.
"After living in the dirt of Mars, a pathogen could see our bodies as a comparable host; they could treat us 'like dirt,'" says John Rummel, NASA's Planetary Protection Officer. "But, to quote Donald Rumsfeld, we're dealing with the unknown unknowns. It could be that even if the microbes lived inside us, they wouldn't do anything, it would just be this lump living inside you."

The conditions on Mars are much different than those in the human body, so an inert pathogen seems the most likely scenario -- especially since any life on Mars would have evolved without humans being present. Co-evolution is why some pathogens only affect certain organisms.

Infectious pathogens evolve based on the reactions of their hosts. As the host develops defenses against a predatory pathogen, the pathogen has to devise new means of sustaining itself within the host (or risk its own extinction).

Some toxins also developed through co-evolution. As predatory organisms seek food, their prey develop ever more sophisticated means to escape being eaten. Many organisms developed specially targeted toxins as part of this evolutionary arms battle.

Rummel says that humans have evolved a complex defense system to prevent us from getting sick from a whole host of disease and pathogens. But non-specific microbes - where human physiology did not influence their evolution - may evade our defense mechanisms.

The best way to understand the spread of potential alien pathogens is to examine the spread of such non-specific pathogens on Earth.
One example of a non-specific toxic pathogen is cyanobacteria that produce hepatotoxins (toxins affecting the liver) and neurotoxins. According to Chyba, cyanobacteria living in lakes on the alpine pastures of Switzerland have been implicated in a hundred cattle poisonings over the past 25 years. Chyba says the cyanobacteria most likely did not develop their toxins in order to escape predation from cows (or to kill the cows in order to eat them!).

"Rather, the susceptibility of cattle to these toxins seems simply to be an unfortunate coincidence of a toxin working across a large evolutionary distance," Chyba writes.
An example of an infectious pathogen working across large evolutionary distances is the bacterium Serratia marcescens. It is found in a variety of animal species, and also can be found free-living in water and soil. Its transmission from human sewage has resulted in the decimation of Caribbean elkhorn coral.

"The distance between humans and corals emphasizes the possibility that certain organisms may prove pathogenic across a wide evolutionary divide," Chyba writes.

Of course, the evolutionary divide between humans and coral would not be as wide a gulf as between any martian organisms and human beings. Yet one theory for the origin of life on Earth is that it was transferred here from Mars by meteorites. This variant of the "Panspermia" theory suggests that life on Earth and any life on Mars might be closely related.

If Mars and Earth share the basis for life, this life would presumably have evolved well beyond the original form. Such a large evolutionary divide could provide protection from infection. But it could also mean that if infection does occur, it might be related closely enough to some Earth life to blaze through that population unchecked.

Human infection is not the only concern of planetary protection. Life on Earth forms an interconnected, highly dependent web, so a pathogen affecting any life on Earth could have serious repercussions for the health and environment of our planet.

Protecting the Earth is, of course, an international concern. The Committee on Space Research (COSPAR) of the International Council on Science, through consultation with the United Nations, makes recommendations to space-faring nations on planetary protection policy. The United Nations Outer Space Treaty of 1967 requires that the introduction of extraterrestrial materials must not adversely alter the Earth's environment.

The treaty also says that we must not contaminate other planets as we explore outer space. Astrobiologists especially are concerned about inadvertently transmitting microbes from Earth. Bacteria can endure the cold, dry vacuum of space, so a long journey of months and even years may not be sufficient to ensure spacecraft sterilization. Our search for life elsewhere will be frustrated if we come across microbes on another planet, only to later find that we were the ones who brought them there.

The previous Mars landers, from Projects Viking and Pathfinder, were constructed and handled in clean environments to prevent Earth microbes from hitching a ride to the Red Planet. The Mars Exploration Rovers "Spirit" and "Opportunity" that currently are headed for Mars followed similar "clean handling" guidelines.

The MER missions will not bring samples of Mars back to Earth, but future mission proposals do include bringing samples back for testing. For instance, one recent Mars scout proposal suggests collecting atmospheric dust. The spacecraft would fly through the atmosphere, collect the dust, and then sterilize the dust as it flies back to Earth.

This strategy follows the guidelines set by a 1997 US National Research Council report, which said sample returns must be either contained or sterilized.

"Sterilization might present a problem for some samples, but it is well suited to atmospheric dust since you have a dry medium," says Rummel. "Sterilization involves heating, and that wouldn't alter the dry dust much."

Fearing that containment or sterilization will not be adequate for protecting the Earth from potential pathogens in martian samples, some have suggested that the International Space Station (ISS) should be used to study samples. But Rummel doesn't agree.

"A lot of time and resources are needed to keep the station where it is, but what goes up must eventually come down," says Rummel. "ISS has an orbital life of decades, not hundred of thousands of years. Knowing that, we need to ask if it is a good place to conduct biological research."

"Containment is also a problem, since there's not much space to work with," Rummel adds. "What do you do if a person on board is exposed? The Earth, on the other hand, has ample space to deal with accidents, or to build a new lab next door, if necessary."

Some might argue that the precautions of containment or sterilization are not necessary, since samples from other celestial bodies have been falling on Earth since its origin. Comets and asteroids are believed to have impacted the Earth frequently in its earliest years, seeding the young planet with water and organic chemicals.

In addition, many meteorites have been identified as originating from Mars. A storm of controversy erupted when, in 1996, NASA researchers claimed to have found fossilized life forms in the martian meteorite ALH 84001. Although this claim is still hotly debated, some see it as evidence that martian microbes already have arrived on our planet.

"There may indeed be a natural exchange of microbes between Earth and Mars," says Rummel. "But we're being cautious, and we will apply the appropriate controls. We can't make the risk zero, but we can make it very small. That's the reason why space exploration is so important -- it allows us to start to address the sorts of questions we are asking."

source: Astrobio
published by Dailycosmicnews
Email ThisBlogThis!Share to TwitterShare to FacebookShare to Pinterest 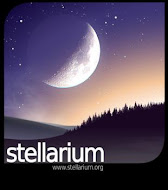 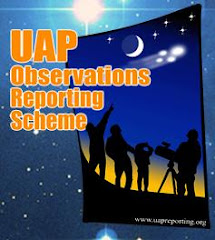